…Or maybe you will. Though we seem to be through the worst of it, many social media marketers still consider clickbait their bread and butter, and there’s a reason for that. Clickbait is, as much as many dislike it, very good at generating pageviews for your site. There’s no doubt that many online publishers have had great success using it as a tactic.

But have you ever wondered exactly how it works and if the benefits outweigh the drawbacks? We have.

There are plenty of different definitions of clickbait floating around the internet these days. Most people probably think of it as either lists, externally served content recommendations, or sensationalized human interest stories.

Ben Smith, Buzzfeed’s editor in chief, defined it as a headline that fails to deliver on its promise to the reader. We would agree with that, and add that it is an approach to writing headlines that attempts to manipulate the reader into clicking through to your content.

This is nothing new, it’s just changed shape in recent years. Whereas before we may have seen print headlines like these… 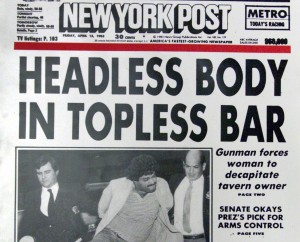 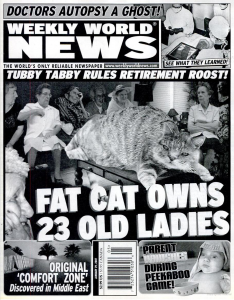 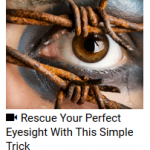 The Science of Clickbait

Clickbait entices potential visitors in a variety of ways. It feels like advertising in that it often uses similar tactics (scantily clad people, clever wording, etc.) but where clickbait distinguishes itself is in its ability to engage the reader’s curiosity.

The key principle in crafting clickbait-y titles lies in George Loewenstein’s information gap theory. In 1994, Loewenstein’s research determined that “the curious individual is motivated to obtain the missing information to reduce or eliminate the feeling of deprivation.” In this context, we feel a strong compulsion to click a link just to avoid feeling curious.

This is evident when clickbait titles include phrases like “You won’t believe…” or “This will shock you.” Even though it may be painfully easy to guess what the end result will be, those phrases instill curiosity in us and subsequently initiate our psychological need to fulfill it. So we take the bait and click the link.

Once that link is clicked, our brains release dopamine and, much like eating dark chocolate or drinking a glass of red wine, we feel satisfied. Not from the article itself, but from just having resolved our curiosity about the article.

Is Clickbait Worth It?

With all of this in mind, it’s important to note that clickbait is very much on the decline. There’s a large tech savvy audience out there who have caught on to this tactic. Even front runners like Upworthy and Buzzfeed have distanced themselves from their clickbaiting pasts.

Even if that weren’t the case, while clickbait is good at enticing viewers to read single articles, it can often result in very low engagement for businesses other than those that operate purely as a content aggregator (ie, Buzzfeed, Reddit, Upworthy, etc.).

Our advice: It’s probably better in the long term to focus less on just getting people to your site and more on increasing the amount of time they spend there. Make them a promise with your marketing, then live up to it by delivering content that gives them a reason to stay engaged.

We’d love to hear from you. Leave us a comment below!