This five-part series details some of the history behind using demographics as part of a digital marketing strategy. In addition, we’ll talk about how you should approach online engagement, and which tools we find most useful for managing our campaigns.

Who Uses The Internet?

People from every age group, gender, race, income bracket, location and religion are using the Internet, as evidenced by its endlessly diverse set of topics and profiles.

Many people still think of the Internet as a playground for millennials, but this is no longer trues. According to Pew, while a high percentage of millennials are active on the web (96%), 81% of people 50 to 64 and 58% of people over 65 are as well. 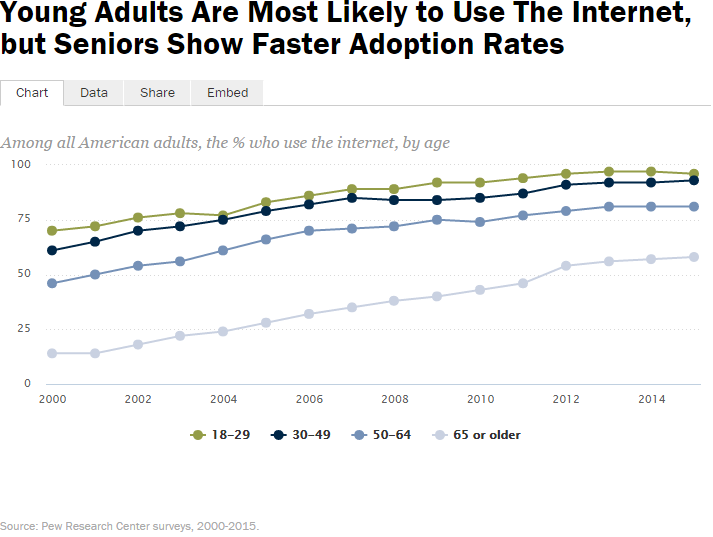 Additionally, every ethnicity now uses the Internet at a rate of over 78%, with English-speaking Asians, the leading group, reporting at 97% and non-Hispanic blacks, the lowest, reporting at 78%. Contrast this with 2000, where both groups had a nearly 25% deficit. 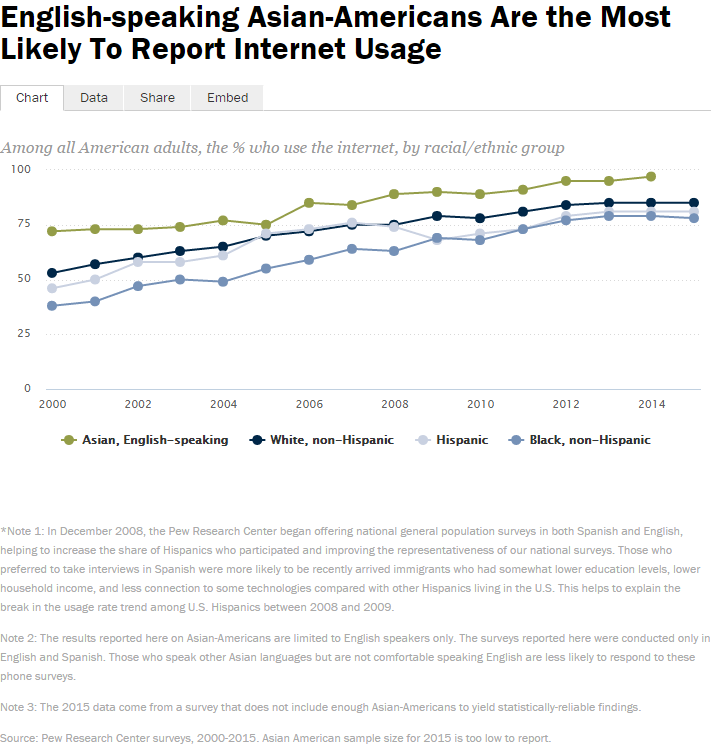 Men and women are almost equal with regard to their internet usage (and they have been for the last 15 years). There’s only a 21% difference between the highest and lowest income brackets (with both sitting above 78%), and there is a mere 7% difference between rural and urban users. 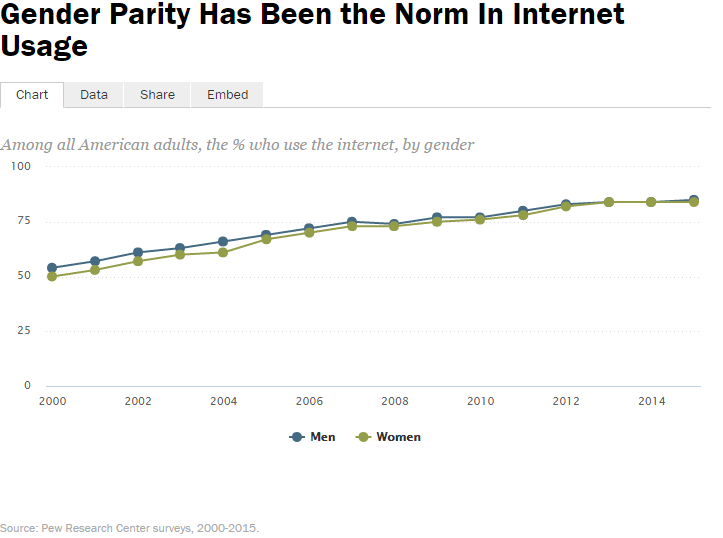 User groups and interests are constantly changing. This series will outline the tools and methods you can use to track these segments for your marketing purposes.

Demographics for all of these groups and their general interests are widely available for market researchers to dissect and analyze through a multitude of tools and techniques. In many ways, it’s thrilling, terrifying and a complete mess, but we hope to help make some sense of it here.

The Birth Of Online Demographics Segmentation

ARPANET (predecessor to our modern internet) didn’t offer much in terms of marketing and advertising. In the 1970s it was truly a niche market, as ARPANET was only used by universities and the military. And considering that it didn’t use webpages as we think of them now, there was really only one area where any potential for marketing existed: email.

Email was invented in 1972, but in the beginning email marketing was limited. The lack of immediate access to a selection of addresses made it hard to target an electronic audience without knowing first them offline.

Mailing lists existed as early as 1973, but the earliest recorded instance of digital mass marketing happening didn’t appear until 1978, when Gary Thuerk tried to market his company’s computer system to west coast system administrators. However, response to his message was so negative that mass marketing attempts didn’t reappear until nearly 10 years later. 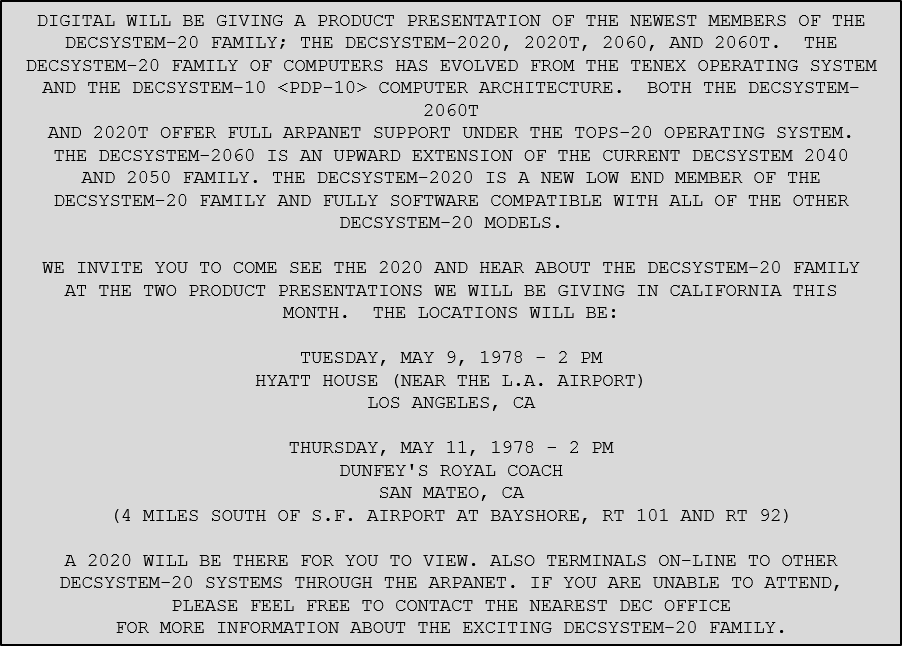 The mass marketing message sent though email (courtesy of http://www.templetons.com/brad/spamreact.html)

It wasn’t until Tim Berners Lee invented the World Wide Web in 1992, that the first modern online communities started to form. We began to see public forums, group chat, and web portals where people discussed a range of topics that they were passionate about, ranging from general things like recent news to hyper-specific topics like vintage 1940s desk fans.

For the first time, large-scale communities were forming that weren’t bound by geographical location. On top of that, people began to make their interests viewable by the public. This gave marketers and advertisers the ability to easily identify and categorize people on a nearly individual level.